You are here: Home1 / LoyaltyCoalitionProgram

Unrelated brands can sign on to be a part of a coalition loyalty program. The idea is that points in one unified program can be earned from a variety of purchases anywhere. How points can be spent depends on the coalition program and the partners involved, but one thing is for sure – there are multiple brands and options to choose from when it’s time to redeem.

The advantages and disadvantages of coalition loyalty programs

On the plus side, from a consumer’s point of view, if you shop frequently at more than one partner brand, you don’t have to think about separate programs. And if you’d prefer to have a reward at a restaurant, you can rack up points from hotel and retail partners and spend those points for a discount while dining out. So there’s a great level of freedom involved. Another plus side is that you’ll get information about buyer behavior from outside your own business.

Another advantage is user-friendliness and the relatively smaller planning period. Coalition programs are increasingly offering mobile apps and the structure is already built, so joining is faster than building an independent loyalty program

Wloyalty makes it affordable to start your own coalition loyalty rewards program across multiple merchants. Our low monthly pricing comes packed with lots of great features and no transaction fees!

Book a demo with us 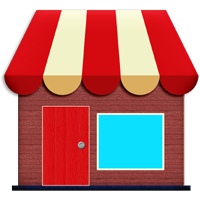 Probably the best-known example of a true coalition program is Nectar, the U.K.-based program that launched in 2002. According to the company’s press release from March 28, 2007, Nectar is the largest loyalty program in the U.K. Half of all U.K. households hold a Nectar card, and 16 companies participate in the coalition.

Coalition programs are popping up around the world, from South Africa to South Korea and India. eBucks, the South African coalition, reported that its members spent the equivalent of more than $6 million in eBucks points during the 2006 holiday-shopping season, according to Wise Marketer. However, we’ve seen very little activity on that front in the United States.

One company looking to change that is Alliance Card, Inc. (ACI). It is piloting several coalition programs in Minnesota and looking to expand further across the United States. The company’s concept ties customer rebates to nonprofits designated by the retailer or the consumer. This is a nice tie-in, given the “greening” of America.